Helping the Homeless, Near Homeless, and Hungry of Pike County, PA 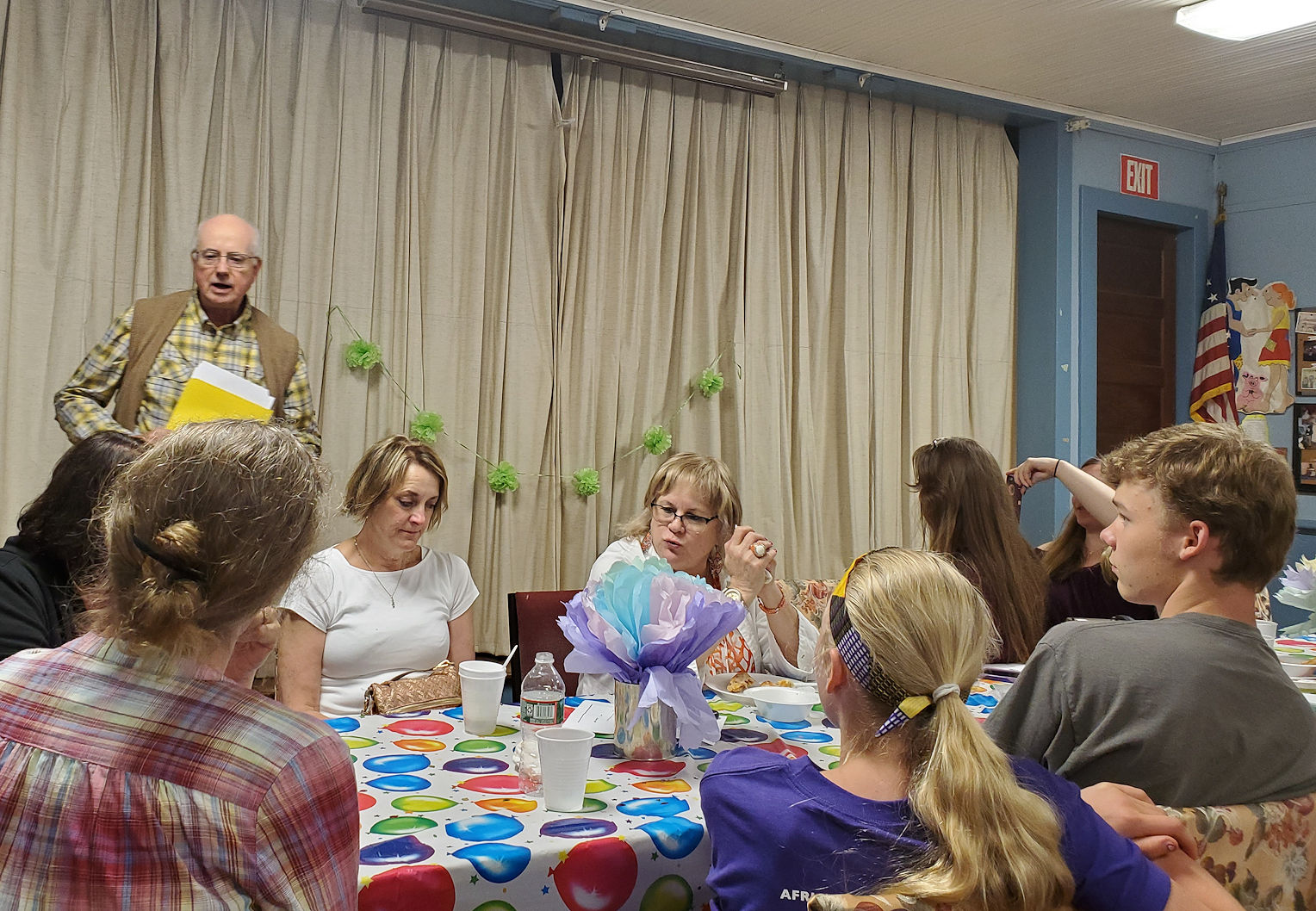 Hope Line Coordinator Jim Pierce and Board President Karen Rice were welcomed into the fellowship hall of the Montague Grange in Sussex County, New Jersey during their monthly dinner on June 19, 2019. Mr. Pierce, the featured guest speaker of the evening, shared with the 50+ grange members in attendance information about the mission of Pike County Hands of Hope.

The Grange is a community minded organization with chapters in 41 states. Originally founded in 1867 with the purpose of promoting the political interests of the agricultural community, it also focuses on improving the lives of farmers and others in rural areas both socially and economically. (BTW, the word “grange” comes from an old English word meaning “farm estates”) Throughout the years the Grange has had to learn to adapt to modern lifestyles but the overall, the general mission, based on their original charter, remains the same:

“We ask none to join us who cannot see good in their fellow beings,” it reads, “but to all interested in Agriculture, who have generous hearts and open hands to help the needy, raise the fallen, and aid in making the labors of this life cheerful, we say, ‘Welcome to the Grange.’ ”

The members of the Montague Grange range in age from school-age children to older retirees. They have a community garden and monthly potluck meals among other activities throughout the year. These salt-of-the-earth people are friendly and welcoming, and were pleased to share their meal with Pike County Hands of Hope (yumm….pizza and ice cream party, to celebrate the birthday of The Grange!)

Pike County is just across the border from Sussex County. Some of the Grange members give of themselves by volunteering for Pike County organizations such as the Ecumenical Food Pantry. Since the two communities are in close proximity to one another, Mr. Pierce pointed out that many of the issues faced in Pike County are likely faced in Sussex County as well.

Mr. Pierce continued by sharing that Pike County Hands of Hope provides help with emergency motel stays, referrals to shelters and other agencies, gift cards for gas and groceries, a monthly food distribution, and helps fund security deposits when an apartment is found but the client is unable to pay the security. Sometimes as little as $800 stands between someone having a home and being homeless.

The PCHOH Hope Line occasionally receives calls from the homeless in Sussex County. They are referred to The Samaratin Inn and other agencies in place there which are able to assist them.

In conclusion, Mr Pierce stated that PCHOH relies on donations and volunteers from the community.

If you’d like to help Pike County Hands of Hope, please click here to donate, or visit this page to learn more about becoming a volunteer.

You can make a difference in the lives of the homeless in a big way with a small donation.